An articulating boom lift hired from JMS has been used to capture the moment a giant ice-cream artwork was unveiled in Trafalgar Square.

A video camera operator was in the basket of the Niftylift Height Rider 17 4×4 Hybrid as a cover was pulled from the sculpture, called The End, by British artist Heather Phillipson.

The 9.4m-high ice-cream – a fake one – has become the latest artwork to be installed on The Fourth Plinth outside the National Gallery, and includes a fly, a drone and a very large cherry.

He said: “It was a privilege to be able to assist the National Gallery in unveiling the sculpture which certainly adds something very different to Trafalgar Square, though the famous lions won’t be getting a lick in.

“The Niftylift cherry picker provided the ideal platform to film the unveiling ceremony and I could then take up photographers and video journalists up to get a closer look at the sculpture.”

The Niftylift HR17 is a British-made boom lift with a maximum working height of 17.2m and an outreach of 9.4m, allowing the platform to be located well away from the sculpture.

The platform’s hybrid system allowed Tom to operate it on electric power only. Electric-only mode allows quieter, zero-emission operation, key benefits when working a public space close to the event’s many guests.

“The Niftylift HR17 also has big, non-marking tyres, which helped get the platform up a curb to reach the plinth and made sure we didn’t mark the paving in the square,” said Tom.

“The platform is very mobile with an outside turning radius of just 3.7 metres, which helps positioning it in cluttered spaces. Its proportional controls and articulating basket meant I could get to any position the photographers needed and create a very smooth tracking shot around the sculpture for a video journalist.”

The 225kg capacity and 1.8m width of the access platform’s ToughCage basket easily accommodated two people and the photographers had plenty of space to get the shots they needed.

Also, the platform’s award-winning SiOPs anti-crush protection system meant Tom could give additional assurances about the safety of his passengers.

The Niftylift HR17 4X4 Hybrid is one of JMS’s most popular cherry picker hire options. It can be operated across rough terrain and provides clients with a range of power options.

JMS has a range of Niftylift booms in its cherry picker hire fleet, including the Height Rider 28 4×4 Hybrid, which provides a maximum working height of 28m and outreach of 19m.

The End will be on display on the plinth until 2022. It is a good job the ice-cream is fake because it is already oozing over the stonework, reflecting, said the artist, a “state of collapse” that could lead to “radical change”.

So far, 13 artworks have stood on The Fourth Plinth. Previous ones have included Marc Quinn’s sculpture of pregnant Alison Lapper and Yinka Shonibare’s replica of HMS Victory in a glass bottle.

Platforms can be hired from JMS with or without operator support. To find out more Niftylift boom lift hire, or the wide range of other cherry picker, scissor lift or low-level access hire options available, contact JMS. 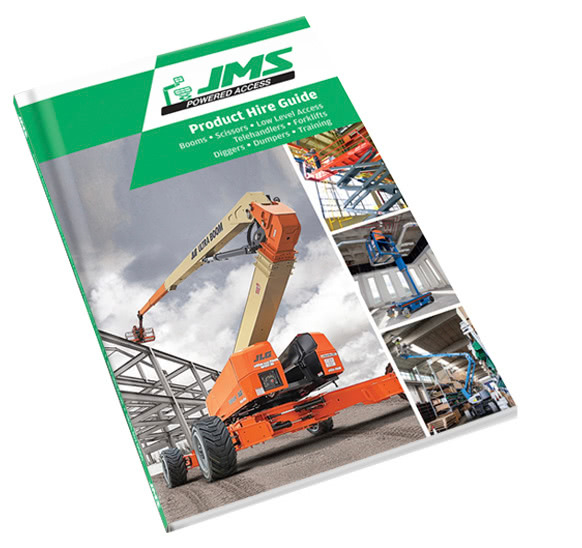 Offers a comprehensive range of training courses to help you work safely at height.